By Tony Pereira, UCLA ME PhD

To see a world in a grain of sand and heaven in a wild flower. Hold infinity in the palms of your hand and eternity in an hour.
—William Blake
If a grain of sand was all that was needed, our species would likely be sustainable forever. However, we humans require quite a bit more from almost everything around us to carry on this extravagant journey we call life: from the air we breathe and the water we drink, to the plants and animals we consume for food, to the natural resources we use for building shelter and infrastructure for modern living—electricity, water, sewer, waste, roads and bridges—to the products we rely on to support our modern lifestyle—cars, planes, plastics, computers, cell phones—all in astounding varieties and amounts. At current rates of extraction and consumption of resources, we will destroy the planet’s ability to sustain human life; we are already 150 percent above what the Earth is able to provide and regenerate in real time for our needs.1
However, just a small percentage, about 10 percent, of the world’s human population, or about three-quarters of one billion people, live in the industrialized and affluent countries, and they use the vast majority of the world’s resources, about 70 to 80 percent. Do the math, and the result is that about 90 percent of the world’s population, more than six billion people, are left with the remainder—20 to 30 percent of the Earth’s available resources. Clearly, the problem cannot be reduced to a simplistic overpopulation debate; instead it requires a much more mature realization that about one-tenth of the world’s population is responsible for the inordinate overuse of a very significant amount of the Earth’s resources. The overwhelming majority of the population are left with whatever crumbs fall off the table, living in hunger and poverty, with no access to education, health care, clean water, and hygiene facilities. They subsist on the equivalent of a mere $1 or $2 a day. 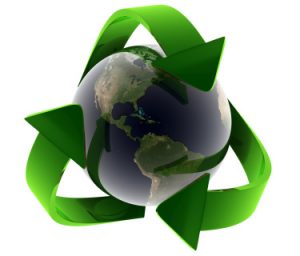